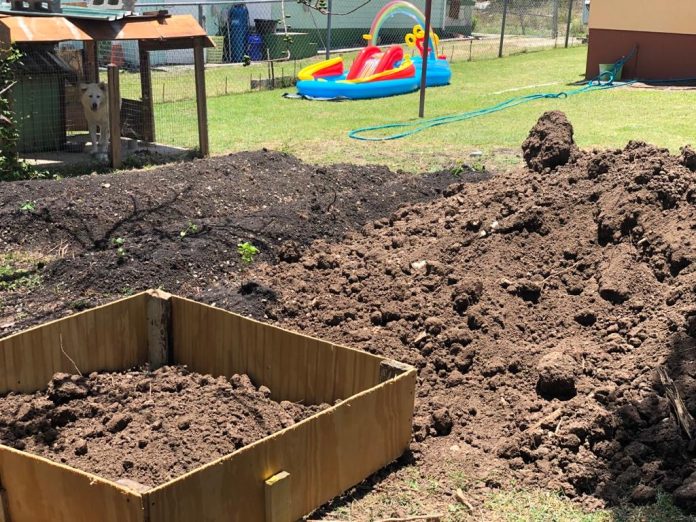 Mr. Kentley Samuel is a backyard farmer within the Jennings Extension Community who has been doing this for approximately six (6) years and has so far reaped crops ranging from; cassava, peppers, sweet potato, pumpkin, cabbage, lettuce, sugarcane, green banana and plum to name a few.

​Mr. Samuel explained that there could be great benefits from growing your own food, as you know exactly how, when and where the produce was grown.

​Apart from the nutritional and safety aspect, he shared how keeping busy in the garden can put worry on the back burner, even if it is only for a fleeting moment.

“I would encourage persons as it makes you a strong person mentally, you would not be wasting time worrying when you’re in your garden, as it is very difficult to worry and be busy, it is almost impossible,” stated Mr. Samuel.

Mr. Samuel expressed gratitude to backyard garden facilitator, Petranilla Estrada- Joseph, who he says has been a huge helpwhen he first began working in the soil.

According to the backyard gardener, Joseph has really educated him about a lot of different agricultural techniques which he has proven useful in backyard farming.

​While conducting a ‘planting demo exercise’ at Mr. Samuel’s garden with the seedlings that were recently distributed, Ms. Estrada-Joseph, shared tips on planting space, watering and general plant care.

She further dismissed the notion that people who are interested in backyard gardening needs to have a lot of space and banks/beds to grow crops.

She explained that once there is a flat area and the soil is soft, you can plant.