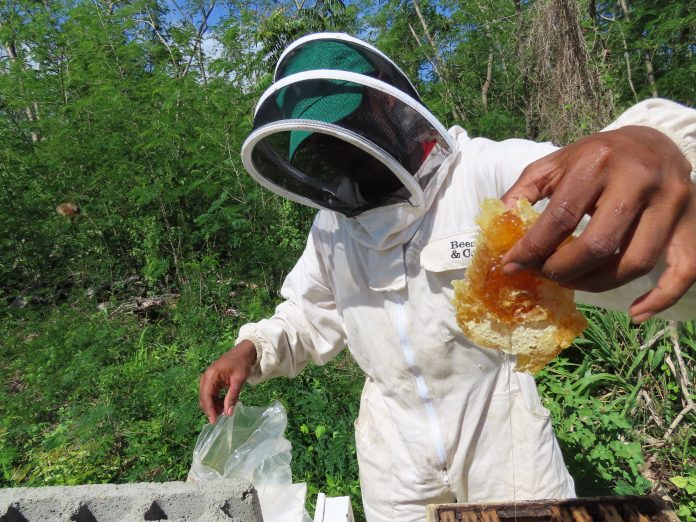 Apiculture, also known as beekeeping includes the maintenance of bee colonies for the production of honey and bees wax, which is a growing industry in Antigua and Barbuda.

Local beekeeper of six (6) years, Jamaul Philip explains the importance of bees and beekeeping to the local environment and the economy and how he got into the field.

According to Phillip, the beekeeping industry is a very lucrative field.

“We have way more demand than we can supply,” stated Mr. Philip.

He thinks that many people get into the field just for the economic benefits of it but explained that for him, he first had to love the bees before he got into it.

“Beekeeping is more than that, you have to pay close attention to them, see why their acting how their acting, why their doing what they’re doing,” stated Mr. Philip. 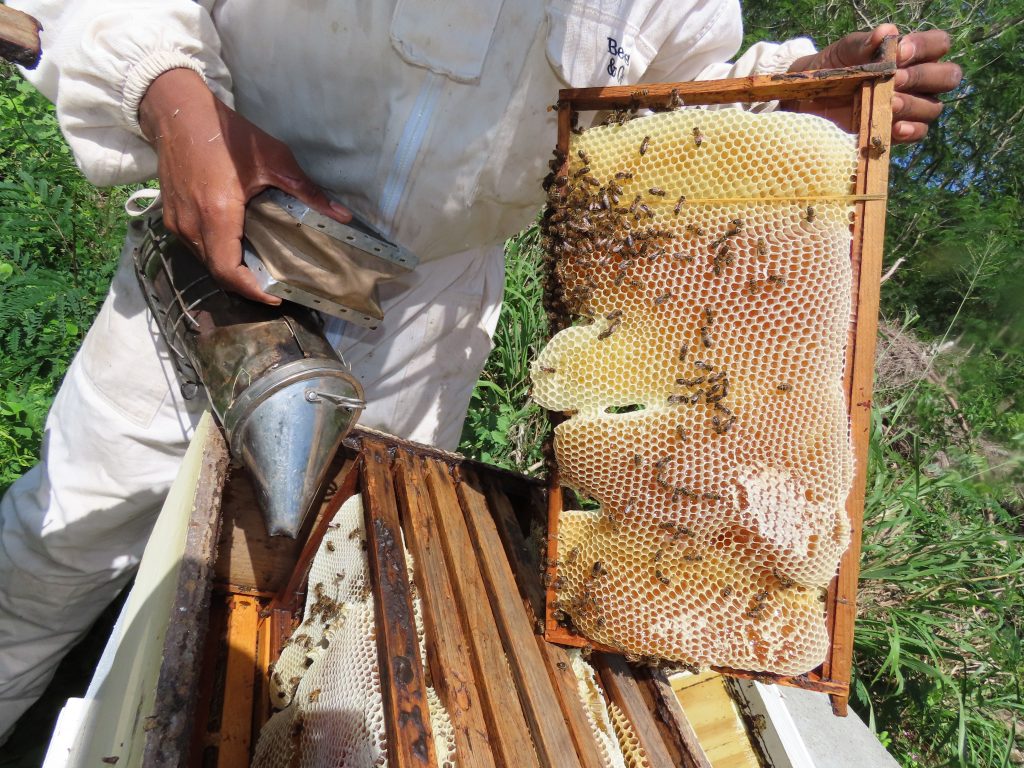 The phrase ‘liquid gold’ is what Phillip uses to describe the economic and health value of honey production.

“Honey comprises a full package that the body needs like vitamins, micro and macro nutrients as well as small traces of protein.”

Honey also contains propolis, which has both anti-fungal and anti-inflammatory properties, which are even used in medicine.

In addition to honey, bees wax can also be extracted from a bee colony, which can be used in the production of candles, lip balms, lotions and hair products.

Bees provide pollination services to farmers both directly and indirectly and this aids farmers, as it would ramp up their productivity, as well as the quality of the produce.

“Although they may be little, they make a loud stance with what they make,” exclaimed Mr. Philip.

Honey is something, which bees make all the time and they eat what they produce, suppled with pollen, which is their main source of food to get energy while the honey is stored for the drought season and not much pollen or nectar is available.

Mr. Philip thinks that in order to boost the beekeeping industry in Antigua and Barbuda, more lands should be allocated for the establishment of apiaries, as an excessive amount of land is not needed for this.

However he noted that beekeepers must consider field and foraging capacity.

In addition, bees forage up to three (3) miles away from any given hive, which adds into the need for allocated lands.

Mr. Philip believes that another initiative that can be taken up to expand Antigua and Barbuda’s beekeeping sector, is to designate foraging locations as logwood is something that the bees love and it can be found in abundance in Antigua .

He also mentioned that this tree is something, which persons have decimated over the years, and these lands could be used as apiary locations.

Mr. Philip states that the government can also look into offering beekeepers duty free concessions, as the equipment needed for the maintenance of a beehive can be quite costly.

“This started off as a hobby, but it is a very expensive hobby, when you look behind of me, you just see boxes and bees but if I am supposed to tell you that you have in excess of $100,000, people would say you’re crazy,” stated Mr. Philip.

One of the main issues encountered by beekeepers is pradeal larceny as not only are their hives stolen but they are also destroyed as most persons just look for what they think is honey and if there is none, they discard of it.

“They come, throw a sheet over your hive and walk with it, and they are getting risky with what they are doing and how they are doing,” stated Mr. Philip.

Mr. Philip hopes to one day expand and reach a maximum of fifty (50) hives as he presently has twenty-five (25). He also mentioned that he was trained in beekeeping under tutelage of Brent Georges and Tadius Spencer. 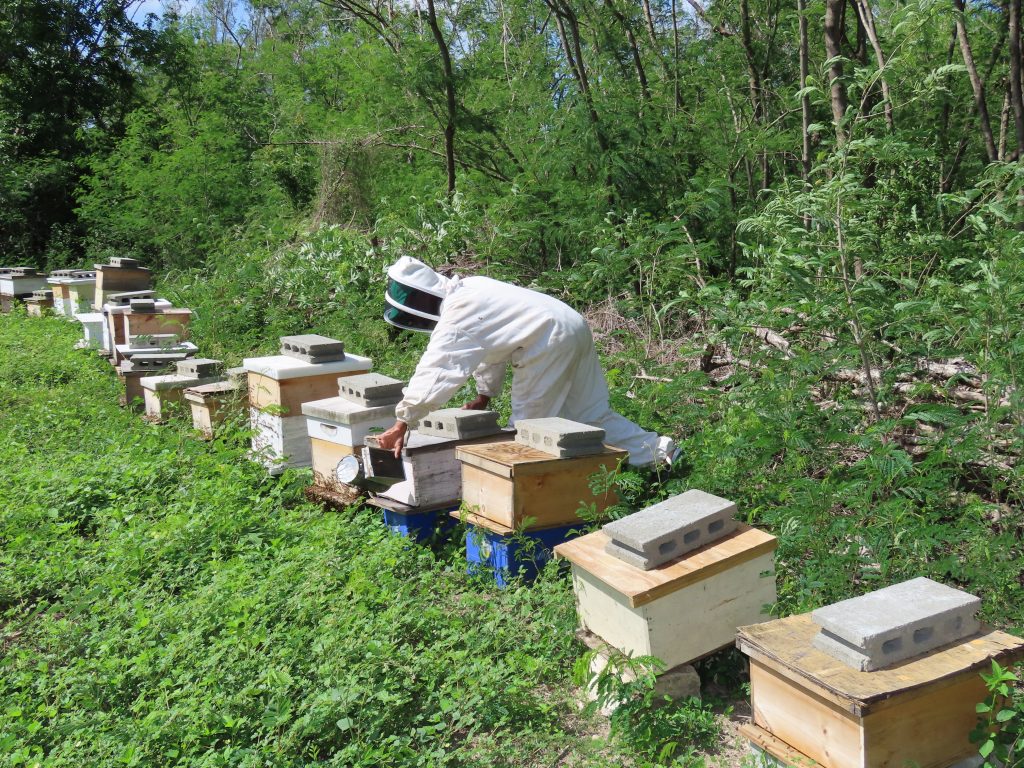