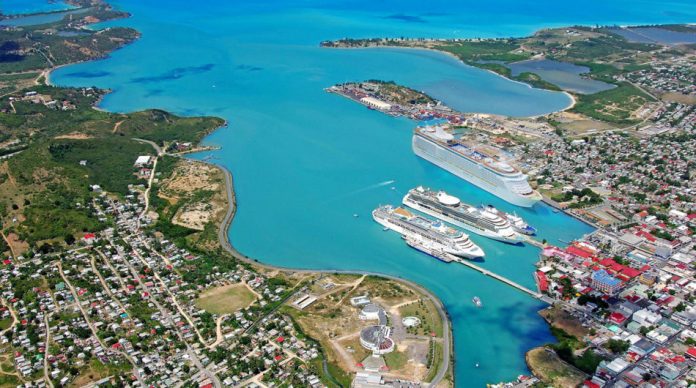 Across the Caribbean,  the impact of COVID-19 on the travel and tourism industry has been very apparent. The impact was particularly evident during the period of April to about mid -June when there was literally no activity in some of our destinations.

This was characterised by empty hotels and restaurants, deserted attractions, shut borders, laid-off workers, grounded airlines and crippled cruise lines. While we saw some fluctuations in the levels of visitors for the remaining months of the 2020, the influx of visitors has not reached levels even closely comparable to those being experienced prior to March 2020. In fact, some destinations remain closed to visitors, with limited airlift primarily for repatriation of locals and cargo.

Cruise lines plying Caribbean routes remain non-operational due to a  strict ban imposed by the US Centres for Disease Control and Prevention(CDC).

With government restrictions both in the Caribbean and globally reducing, and in many cases, preventing travel for large periods of time, the Caribbean had a significant drop in arrivals in 2020, although the region performed better than any other region in world.

Data received from Caribbean Tourism Organization (CTO) member countries reveal that tourist arrivals to the region in 2020 fell to just over 11 million, a declined of 65.5 per cent when compared to the record 32.0 million tourist visits in 2019. Still, this was better than the world average of 73.9 per cent decline during the same period.

This lower rate of decline in the region can be attributed to two key factors: a significant portion of the Caribbean’s winter season (January to mid-March 2020) saw average levels of tourist arrivals when compared to 2019, and the fact that the main (summer) season in other regions coincided with the period where there was normally very limited international travel.

A period of virtually no tourism began in mid-March – the second quarter was the worst-performing with arrivals down by 97.3 per cent. But tourists began visiting again in June as the sector began to reopen.  Still, the fall-off in stayover arrivals continued through to September – when a gradual reversal began –  and continued right up to December. Destination initiatives such as the long-stay work programmes, other promotional activities and efforts of regional organisations such as the CTO, the Caribbean Hotel and Tourism Association and the Caribbean Public Health agency, contributed to the gradual rise in arrivals.

Like stayover arrivals, cruise was buoyed by the performance in the first three months of 2020, particularly the month of February, when there was a 4.2 per cent rise in visits. However, a 20.1 per cent fall in the first quarter was followed by no activity for the remainder of the year as ships remained non-operational. The overall result was a 72 per cent slide to 8.5 million cruise visits, when compared to the 30 million visits in 2019.

The limited travel beyond the first two-and-a-half months of the year, resulted in difficulties in compiling visitor expenditure numbers in 2020. However, based on information derived from international partners such as the UNWTO, and the limited reporting by Caribbean countries,  we estimate that across the region visitor expenditure declined by 60 to 80 per cent, in line with the decline in stayover and cruise arrivals.

Preliminary data indicates that the average length of stay for 2020 remained at roughly seven nights, the same as in in 2019.

The Caribbean’s performance in 2021 will depend largely on the success of the authorities in the marketplace and the region in combatting, containing and controlling the virus. Already, there are some encouraging signs like the vaccine roll-out taking place in North America, Europe and the Caribbean.

However, this must be tempered by some other factors such as: lockdowns in our key source markets which are expected to continue into the second quarter,  international travel confidence not expected  to pick up until the summer 2021,  a steep fall in the number of people planning to travel abroad and the possible requirement by the authorities in our key markets for their citizens to vaccinate before travelling abroad.

With these factors taken into consideration, our initial forecast is for a 20 per cent rise in arrivals in 2021, with a similar increase in visitor expenditure, when compared to 2020.