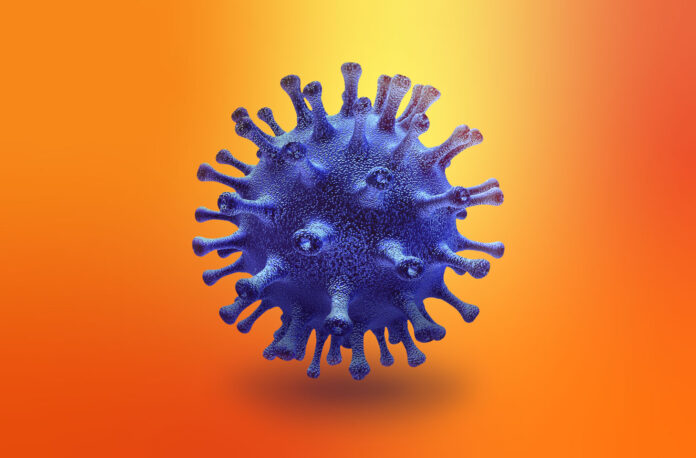 The most recent report received by the Ministry of Health, Wellness and the Environment revealed eight (8) new laboratory confirmed COVID-19 cases in Antigua and Barbuda as of Wednesday 16th February, 2022 at 6pm.

Consequently, the total number of persons with laboratory confirmed COVID-19 cases in Antigua and Barbuda is seven thousand four hundred and eight (7,408); which is inclusive of eighty-four (84) active cases. ‘=

There are no hospitalized cases. 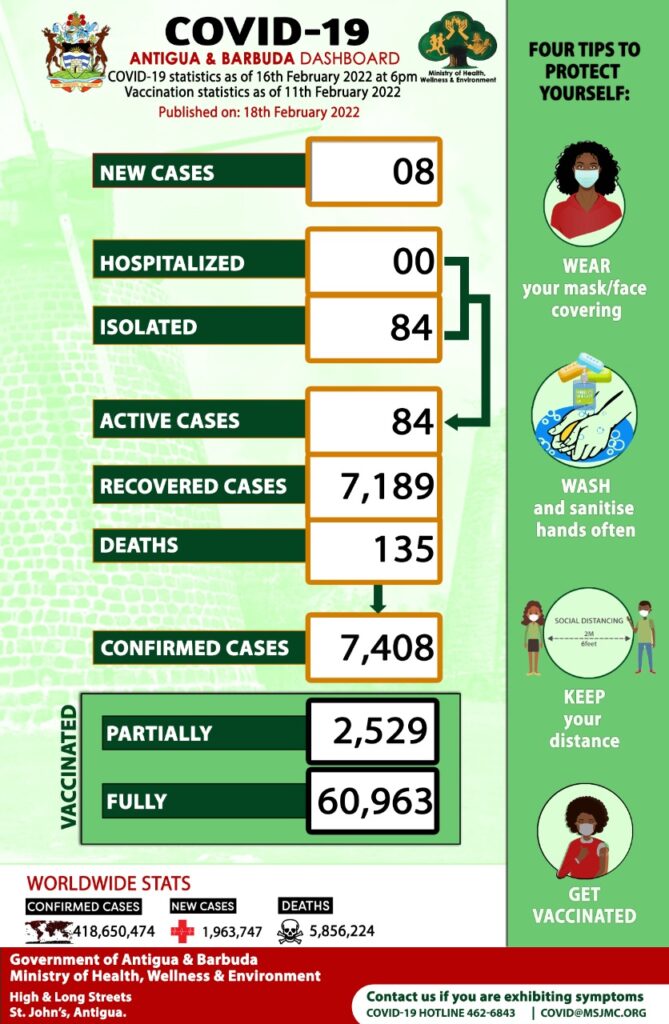