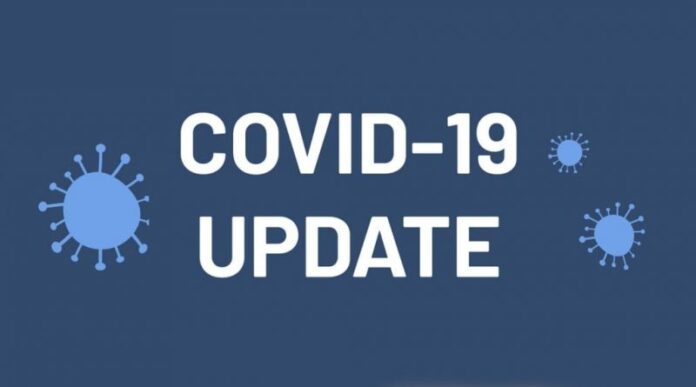 The most recent reports received by the Ministry of Health, Wellness and the Environment from the Sir Lester Bird Medical Centre and the Caribbean Public Health Agency (CARPHA) revealed seventy-four (74) new laboratory confirmed COVID-19 cases in Antigua and Barbuda as of Monday 20th September 2021 at 6pm.

Seventy-nine (79) recovered cases were recorded increasing the total to one thousand seven hundred and thirty-seven (1737).

Consequently, the total number of persons with laboratory confirmed COVID-19 cases in Antigua and Barbuda is two thousand eight hundred and fifteen (2815); which is inclusive of one thousand and fifteen (1015) active cases. 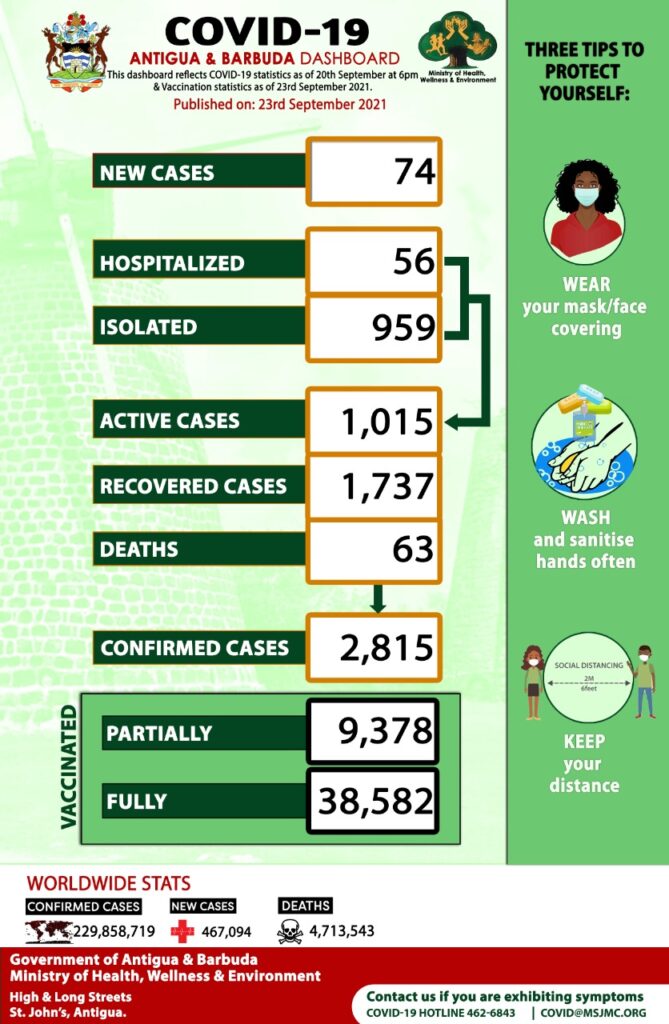