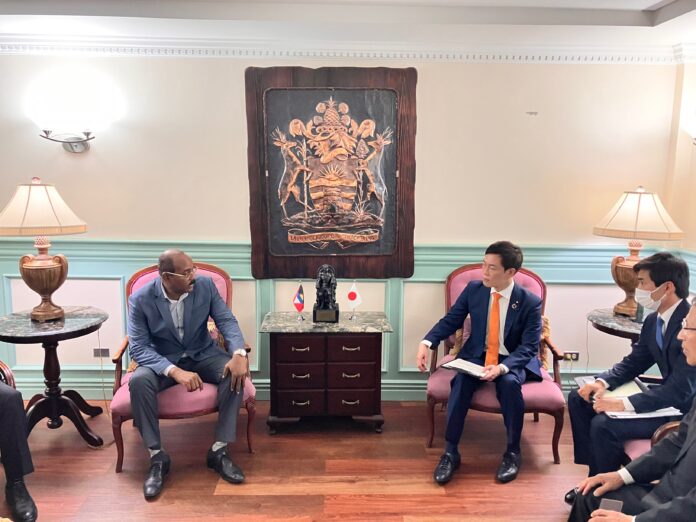 The Honourable Gaston Browne, Parliamentary Vice-Minister AKIMOTO and Minister GREENE welcomed the significant milestone of today’s 40th anniversary of diplomatic ties between Antigua and Barbuda and Japan. Parliamentary Vice-Minister AKIMOTO also expressed his gratitude to Antigua and Barbuda for hosting the Eastern Caribbean Ministerial Meeting on Fisheries and Sustainable Use of Living Marine Resources, which demonstrated the close and cooperative relations between two countries over four decades.

Noting that the two countries share basic values such as freedom and October 4, 2022 democracy, and have developed relations in various fields since the establishment of diplomatic relations in October 1982, the two Ministers expressed their commitment to further expand and strengthen bilateral relations.

Under this commitment, the Ministries of Foreign Affairs of both countries will engage in extensive discussions to expand and deepen the exchanges, cooperation and friendship ties between the two countries in a wide range of areas, including cultural, educational and academic exchanges, economic cooperation as well as cooperation in the international arena.