Five visitors returned positive results for COVID-19 on Sunday, out of the 899 tests conducted by the Best-dos Santos Public Health Laboratory.

One person was released from the Harrison Point isolation facility, so there are now 36 persons in isolation.

Since February, the public health laboratory has completed 61,923 tests. 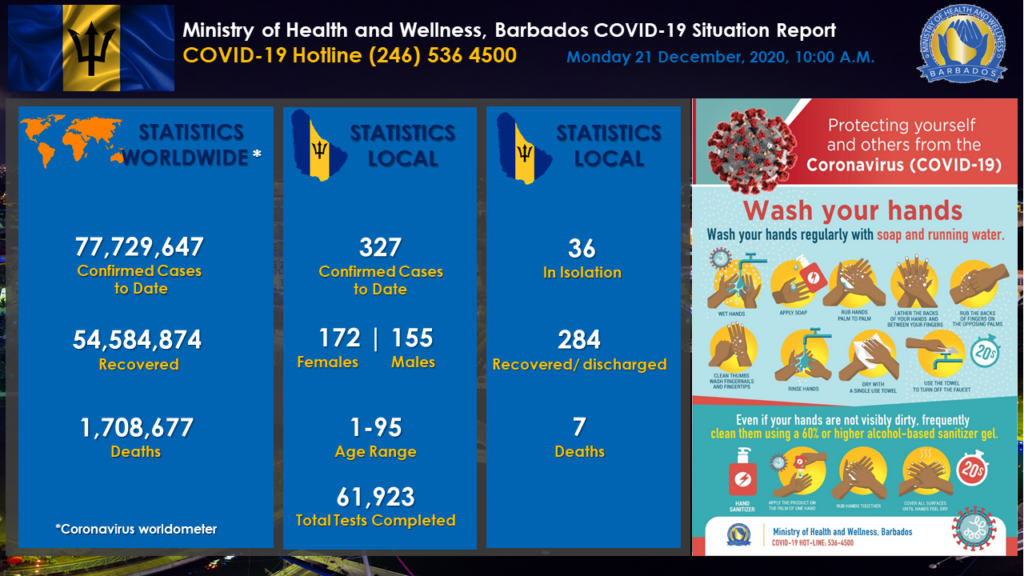