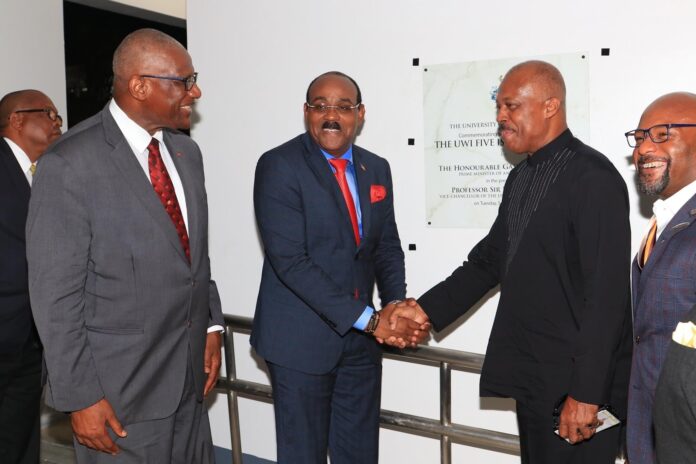 Today marks three years since the official opening of The University of the West Indies Five Islands Campus.

Despite the challenges especially with the COVID-19 pandemic, our campus has endeavored to bring access to high quality University education to Antigua and Barbuda as well as the wider OECS region.

As we reflect on our successes over the last three years, we are ready to welcome all our students to the campus (for face to face classes) and help mold better citizens for Antigua and Barbuda, the wider Caribbean and the world.