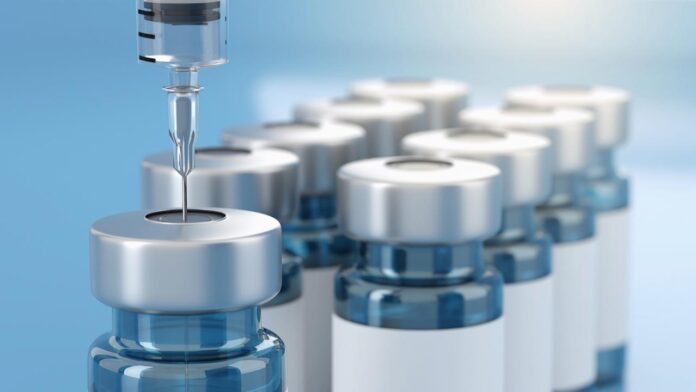 The panel of medical experts advising the Canadian federal government on vaccination now says that the second dose of COVID-19 vaccines can be given up to four months after the first, if Canada wants to maximize the number of people being immunized.

Canada’s National Advisory Committee on Immunization (NACI) has issued new guidance advising that the window between shots for all three of the currently approved vaccines—Pfizer-BioNTech, Moderna, and AstraZeneca—can now be considerably extended, while still being effective.

“NACI recommends that in the context of limited COVID-19 vaccine supply, jurisdictions should maximize the number of individuals benefiting from the first dose of vaccine by extending the interval for the second dose of vaccine to four months,” said the advisory body in a new statement posted online.

Based on the expected supply of the two mRNA vaccines from Pfizer and Moderna, approximately 80 per cent of the eligible population could be offered a COVID-19 vaccine dose by the end of June, if the four-month interval is implemented this month, leaving second doses to begin being administered in July.

NACI says it’s come to this conclusion after considering evidence from recent scientific studies, despite them not having collected four months of data on vaccine effectiveness.

“The first two months of real world effectiveness are showing sustained high levels of protection,” said NACI. “Extending the interval between doses was shown to be a good strategy through modelling.”

While the guidance remains that everyone should take both doses of these two-dose vaccine regimens as effectiveness will still be higher with both, by extending the time between, more people will both directly and indirectly benefit by increasing the population’s immunity to COVID-19.

These recommendations are an evolution from NACI’s previous advice in regards to the Moderna and Pfizer shots, which allowed a delay in administering second doses for up to 42 days. Earlier this week NACI advised that the newly-approved AstraZeneca two-dose regime should be given 12 weeks apart.

Some provinces, including Quebec and British Columbia, have already shifted their vaccination campaigns to allow longer windows between doses based on the effectiveness of the first doses indicated to date, while other provinces have indicated it’s something they are looking at adopting.

The immunization experts who make up this advisory body say they will continue to closely monitor the effectiveness after one dose and the decision around the timeframe between shots will be based on that surveillance and could change again.

NACI’s advice are recommendations and not rules, allowing provinces to continue to tailor their vaccination rollout campaigns to fit the pandemic reality in each region and determine how to administer each vaccine based on the number of doses available and demographics they are prioritizing.

However, NACI is considering this a “strong” recommendation, stating it should apply “to most populations/individuals and should be followed unless a clear and compelling rationale for an alternative approach is present.”

Should this guidance be heeded, it would increase the number of people who would be able to receive their first shots by using up all doses that come into Canada each week, rather than holding back second doses from the same shipment. Instead, plans would need to be made to ensure that the doses in coming shipments are set aside for people’s second shots when the time comes.

With the federal government signalling that tens of millions of vaccine doses will be coming into Canada over the months ahead and that the overall vaccine campaign could be completed earlier than September, it’s unclear what the metric for “limited” supply is.

“By implementing an extended four month interval strategy, Canada will be able to provide access to first doses of highly efficacious vaccines to more individuals earlier which is expected to increase health equity faster. Canada has secured enough vaccines to ensure that a second dose will be available to every adult,” read the NACI recommendations.

Ahead of NACI’s updated guidance, Prime Minister Justin Trudeau said that the federal government has been monitoring the patchwork of approaches across the country—all informed by science and health experts—with the focus on delivering vaccines “in the most rapid and most effective way to keep people safe to get through this pandemic quickly.”

“Obviously we’re seeing some of the science shift, some proposals put forward which are very, very interesting, which could result in rapider timelines,” he said.

Chief Public Health Officer Dr. Theresa Tam signalled on Tuesday that this new advice was coming down, following shortly behind NACI suggesting not to administer AstraZeneca’s vaccine in individuals aged 65 years and older, due to “the insufficiency of evidence of efficacy in this age group at this time.”

“As the science of COVID-19 vaccination continues to evolve, expert advice is being adapted to maximize the benefits of all of the authorized vaccines,” Tam said.

How long immunity lasts after someone has been fully vaccinated “is currently unknown,” NACI notes.