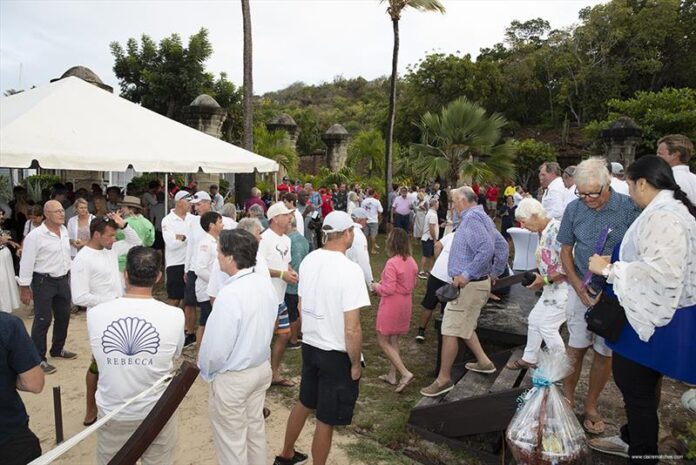 After four days of exciting racing, the 11th edition of the Superyacht Challenge Antigua concluded with the Prize Giving held at the Admiral’s Inn Nelson’s Dockyard.

The Round Antigua Race and Superyacht Challenge Series were held in strong winds for all but the last race of the regatta. Competing Superyacht owners, Captains and crew have paid tribute to the SYCA Committee and Race Team, which provided superb racing and enjoyable social gatherings ashore.

SYCA’s Stan Pearson made a special mention for the mark layers led by Archie, which provided fantastic work in very difficult conditions. For the SYCA Prize Giving, PRO Hank Stuart was Master of Ceremonies, assisted by Paul Deeth and Faheema Akaloo Mohammed, who welcomed all of the winners to the stage. 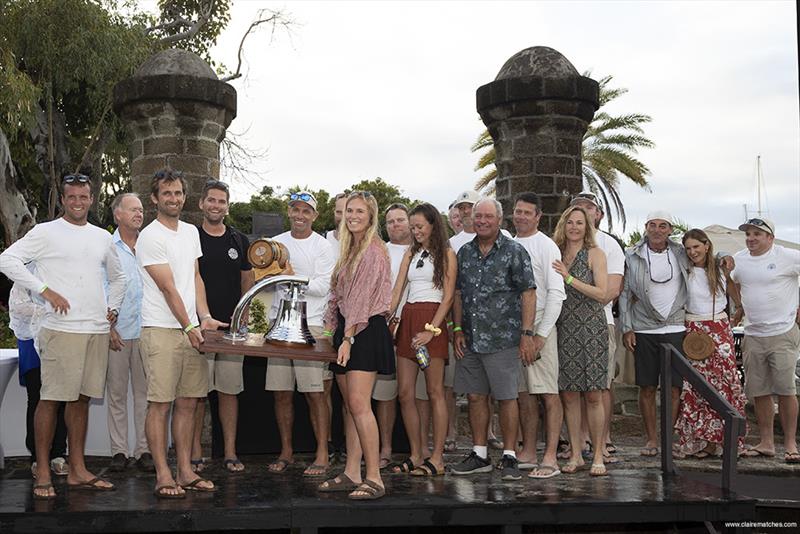 Class winners for the 2022 Superyacht Challenge Antigua were: The 112ft Baltic Nilaya, with Filip Balcaen at the helm. The 218ft Dykstra/Reichel Pugh ketch Hetairos, skippered by Graham Newton, and the 121ft Dyksra sloop Action, skippered by Josh Gilchrist. John McMonigall’s Oyster 82 Zig Zag, is skippered by Carl Raynes, was awarded the Pendennis Trophy.

Winners at the Superyacht Challenge Antigua receive barrels of rum, suitably filled. The Gosnell Trophy is the only trophy awarded and goes to the yacht, who in the opinion of the competitors and race committee, has competed in the Spirit of the Regatta, both afloat and ashore. 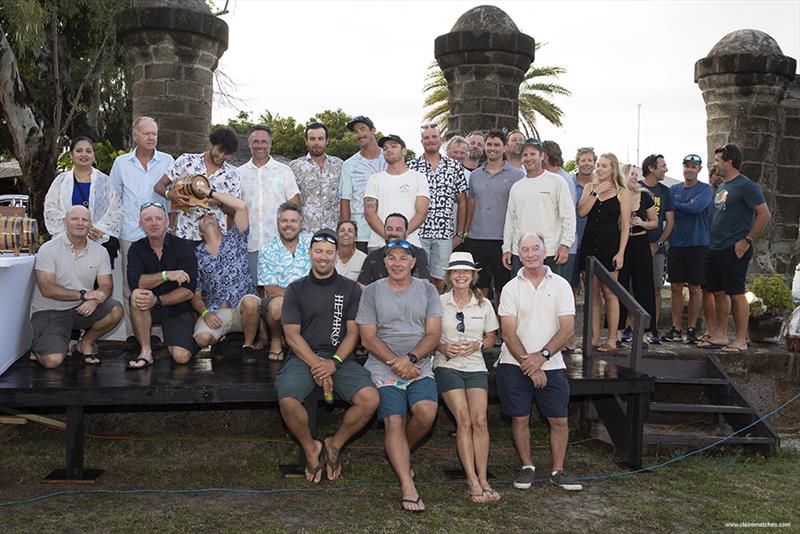 “Winning the Gosnell Trophy really means a lot, the spirit of the regatta is an important thing for Rebecca’s owner and all of the crew,” commented Rob Foxell. “To have our competitors vote for us makes the award so special. Covid put a dampener on things this year, but I am sure there will be many more superyachts taking part in 2023. This is a great regatta.” 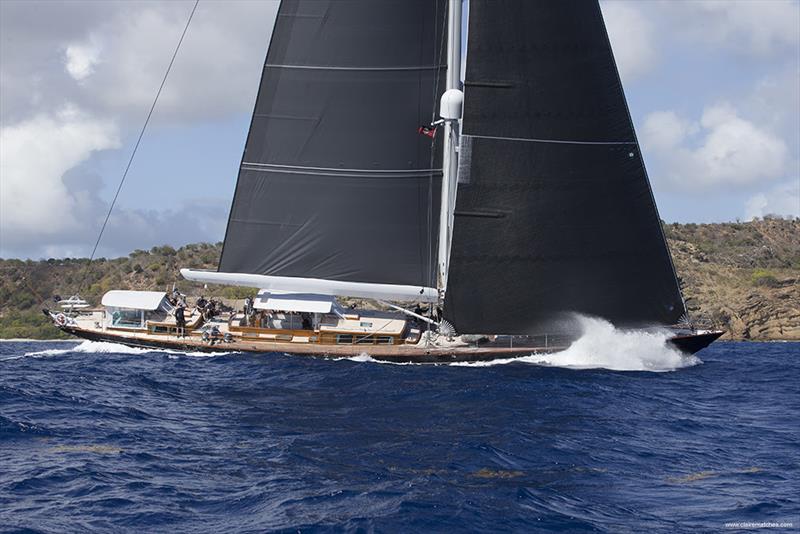 The 112ft Baltic Nilaya, with Filip Balcaen at the helm, was the class winner. Runner-up was Don Macpherson’s Swan 90 Freya and in third was the J-Class Hanuman.

Nilaya’s Boat Captain Rom Loopik commented: “The core of the Nilaya team consists of Filip’s friends plus a group of seasoned professionals that have been racing, and winning together, on Nilaya for years. The respect and camaraderie are something really special. Mr Balcaen’s fanatical enthusiasm, the love for the sport and his boat, as well as his focus, are inspirational to all the crew.” 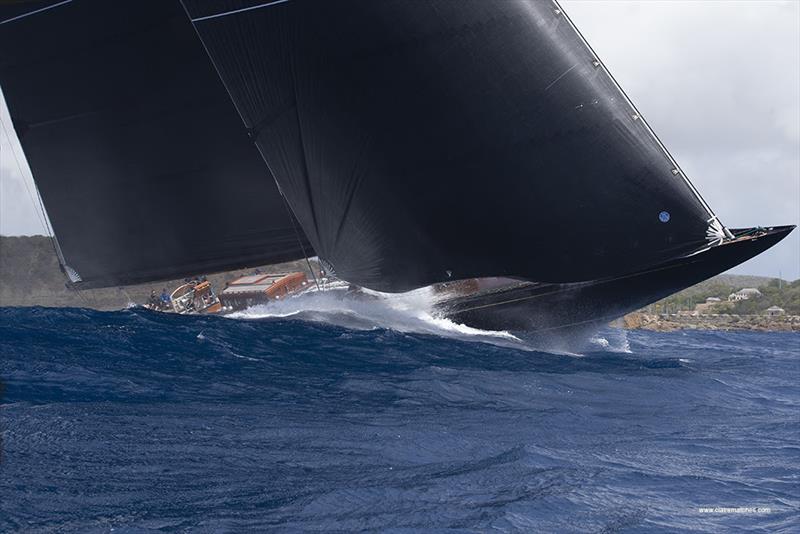 “I want to thank everybody here especially the race organisers, and most especially my crew who did a great job” commented Action’s owner, who was the helmswoman for every race. “It was a bit tough out there, and the first time we have raced for a long time. It is so great to be back racing! Thank you to all the Action crew, I am really proud of you.” 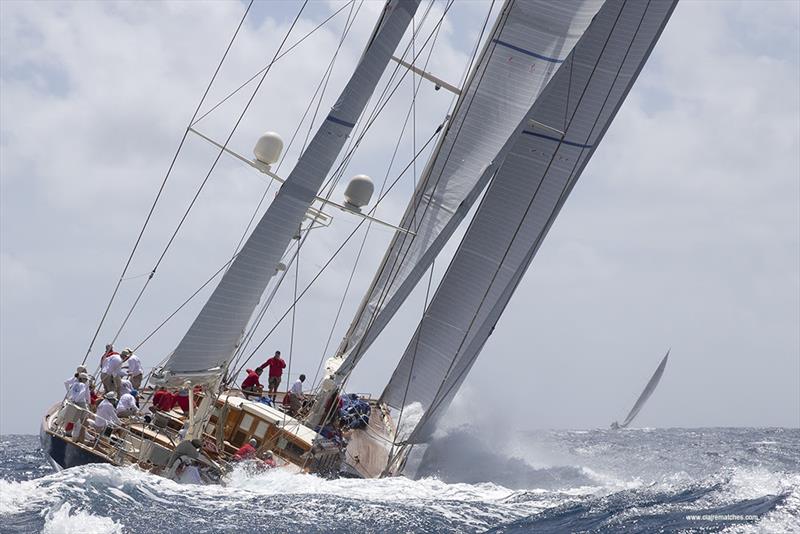 The 218ft Dykstra/Reichel Pugh ketch Hetairos, skippered by Graham Newton, was the class winner. The 140ft German Frers ketch Rebecca, skippered by Rob Foxell, was runner-up. Third was the 180ft Dykstra ketch Kamaxitha, skippered by Tim Urwin. Hetairos was also the winner of the stan-alone Round Antigua Race, setting a new record of 03 hrs 46 mins 08 seconds for the 48.6nm course.

Setting a new record for the Round Antigua was a great way to start the regatta, and we hope that next year, many more boats will take part in that race, but I hope that no one will beat our time for years to come!” commented Hetairos’ Graham Newton. “A big thank you to the organising committee for the regatta. Everyone has enjoyed the event tremendously and a massive thank you to our permanent crew and the Hetairos race crew and most of all for our owners for inviting us here and allowing us to thrash Hetairos around the race course – it is always an honour, and we look forward to the next one.”

Shoreside enjoyment is very much a part of the Superyacht Challenge Antigua. This year with pandemic restrictions, gatherings were smaller but still went ahead. The famous Cook Off was an opportunity to taste the outstanding cuisine, and admire the artistic tablescape of Superyacht Chefs. The Prize for the best Caribbean Dish, cooked on a coal pot was awarded to Isabella from Hetairos. The Caribbean Lobster was beautifully cooked in a light curry sauce and accompanied by rice and plantain. Winning a barrel of rum for the best meal according to the theme of Japanese Samurai was the crew of Don Macpherson’s Swan 90 Freya.

For the Caribbean Night the prize for the loudest Caribbean lady’s Shirt went to Alanna Morrison from Rebecca. The prize for the loudest Caribbean men’s shirt went to SYCA International Judge Gordon Stredwick, now known affectionally as Flash Gordon! There was also a special prize of a gift basket to Brian & Maggie Aldous for exemplary service for many years assisting the SYCA Committee. The 12th edition of the Superyacht Challenge Antigua will take place in the second week of March 2023.