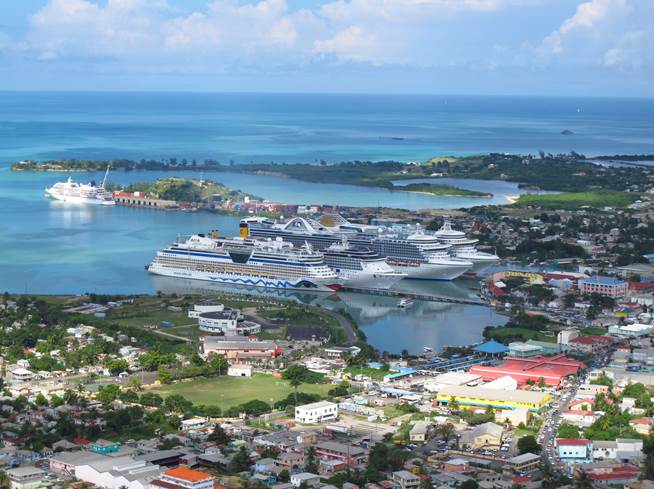 The year 2017 is projected to be the strongest for cruise tourism in the history of Antigua and Barbuda with just under one million visitors expected to disembark here.

A press release from the Antigua and Barbuda Tourism Authority (ABTA) notes that by the end of the year 907,172 cruise visitors would have visited the destination — a record breaking year. The numbers were boosted by unscheduled cruise calls which will now berth in Antigua after their original ports of call were damaged by recent hurricanes.

Between October and December 31st this year, ABTB says the destination will welcome and receive a projected 459,138 cruise guests, from 226 ship calls. Of these calls 57 were recent additions to the schedule and 12 will be inaugural calls from ships that have never visited the port before.

Though the country is receiving an unprecedented number of calls this season due to the reassignment of itineraries, Tourism Minister Asot Michael is taking some of the credit for  the government.

“This great milestone would not have been possible without the hard work and investment done by the Government in upgrading our cruise facilities. In record-breaking time we lengthened the Heritage Quay pier and completed the dredging of our harbour and turning basin to safely accommodate the visiting ships. It is the ABLP administration’s foresight in returning the Cruise Tourism sector to the front burner that is now yielding dividends for the entire country,” Minister Michael said.

Several days in December will see multiple calls with the largest number of cruise passengers ever to visit the island scheduled to arrive on December 26th – Boxing Day – with over 20,000 passengers and crew members from 8 ships arriving on island.

The Tourism Authority notes that in anticipation of the unprecedented visits, contingency plans have already been put in place and key cruise tourism stakeholders and  various support and security services are being prepared to ensure that Antigua and Barbuda offers cruise guests a first-class experience.

“This trend of increased cruise ship calls will continue into the first quarter of 2018 and result in significant impact to the Antigua and Barbuda’s economy,” the press release noted.