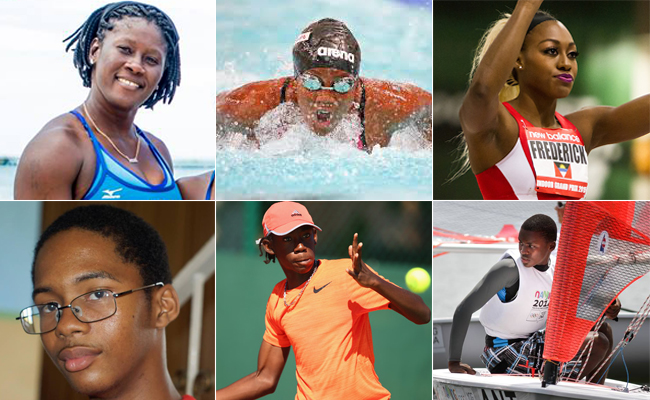 Antigua and Barbuda will make history as, for the first time, it will be competing in the sport of Fencing. 18-year-old Marcel Maurice will compete be the nation’s first to compete in fencing. He will be managed by Rameez Mascall, fencing coach and executive member of the Antigua and Barbuda Fencing Federation (ABFF).

Beach Volleyball will also be represented by Nyota Peters and Joelle Thomas and managed by Olsen Joseph. Henry Matthew will also attend as a FIBA referee.

Swimming will be represented in several disciplines by Samantha Roberts, Makaela Holowchak, Stefano Mitchell and Noah Mascoll-Gomes. The swim team will be coached by Nelson Molina Fojo.

ABNOC General Secretary Cliff Williams said that, “The High expectation is always the thinking of Sailing at the CAC Games. This edition will feature our top sailors.”

Rhone Kirby and Jules Mitchell will represent Antigua and Barbuda. The manager is Ashley Rhoades.

“Full confirmation hasn’t been forthcoming from the ABAA as to who will participate however, confirmation has been received by Cehjae Greene and Priscilla Frederick,” according the general secretary.

The team will be managed by Heather Samuel-Daley.

Tennis, Beach Volleyball, Fencing and Athletics will be competing at the later part of the Games and will travel one week later.

CASCO celebrates the 23rd edition of the CAC Games among 37 nations with an estimated 5,854 athletes competing for 470 medals positions. The Antigua/Barbuda delegation will be headed by Mr. Phillip Isaacs Sr as the Chef de Mission along with Mr. Eric Henry as Administrative Assistant.

For more information about the Antigua and Barbuda team and the CAC Games please visit their website at www.barranquilla2018.com.