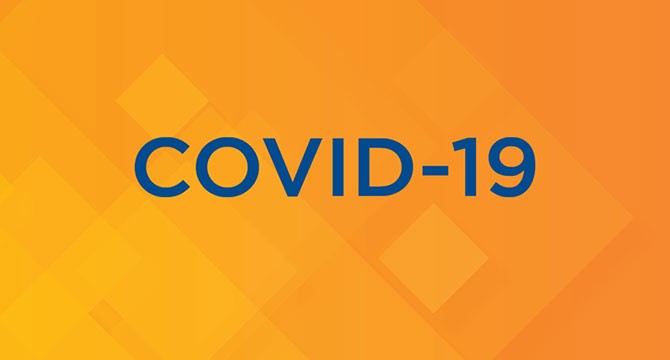 The most recent report received by the Ministry of Health, Wellness and the Environment from the Mount St. John’s Medical Centre (MSJMC) has revealed fifteen new laboratory confirmed COVID-19 cases in Antigua and Barbuda as of Monday 1st February 2021.

Subsequent to the publication of the dashboard for Monday 1st February with the cut off time of 6pm, sixty-eight additional samples were processed by MSJMC increasing the pending results from zero to sixty-eight.

Of the sixty-eight samples processed by MSJMC, fifty-three were negative and fifteen positive.  Thirteen are non-imported and two imported. Investigations have begun and contact tracing and testing are ongoing.

The sixty-eight samples are reflected in the total persons tested and total samples taken columns of the dashboard.

Consequently, the total number of persons with laboratory confirmed COVID-19 cases in Antigua and Barbuda remains at two hundred and forty-nine (249); which is inclusive of sixty-three (63) active cases. 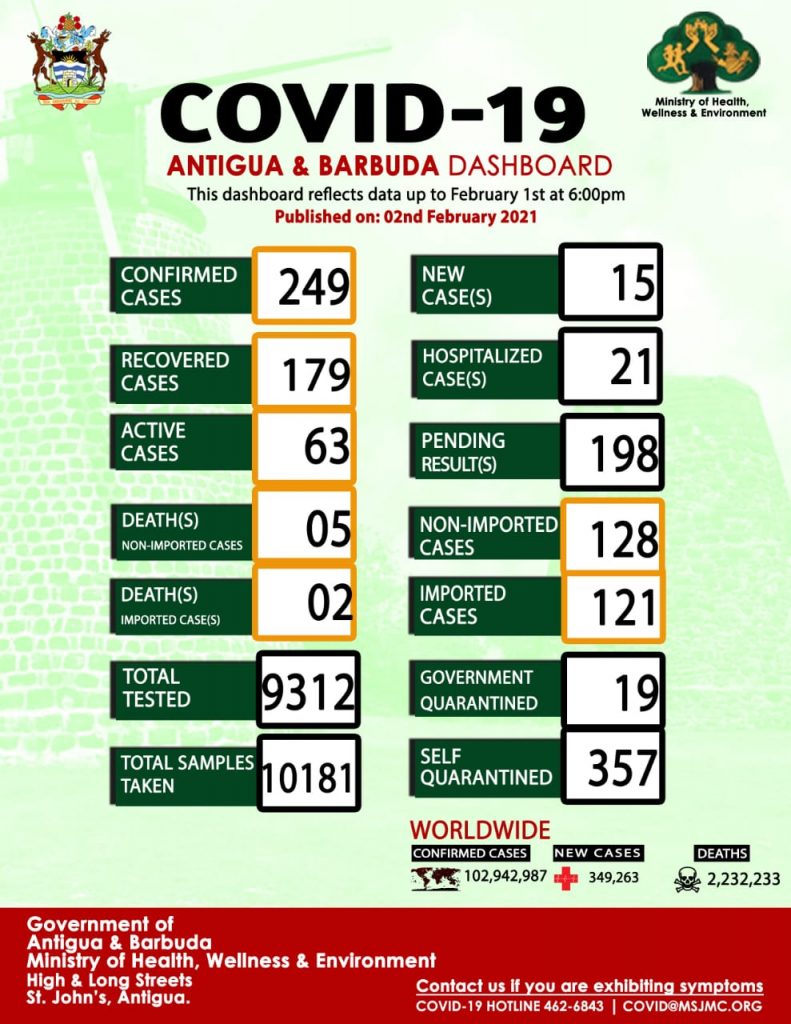