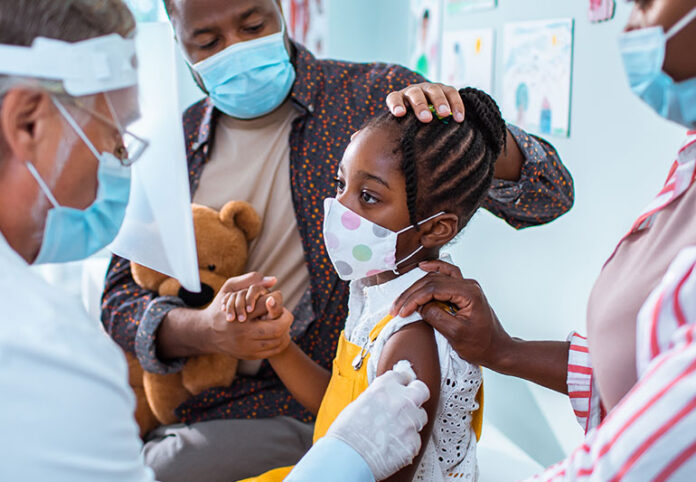 In only five years, the complete vaccination schedule for diphtheria, tetanus and pertussis (DTP3) in Latin America and the Caribbean has dropped from 90 percent in 2015 to 76 percent in 2020, according to data from the Pan American Health Organization (PAHO) and UNICEF. This implies that one in four children in the region has not received the full schedule needed to protect them from multiple potentially life-threatening diseases.

While a negative trend in vaccination coverage could already be observed prior to the pandemic, a disruption of essential health services and the fear of catching COVID-19 at a vaccination spot, have left countless children without some of the most basic vaccines.

“The decline in vaccination rates in the region is alarming and puts millions of children and adolescents at risk of dangerous yet preventable diseases,” said Jean Gough, UNICEF Regional Director for Latin America and Caribbean. “The solution to this issue lies within the strengthening of immunization programmes and overall health systems.”

The 14 percentage point drop in vaccine coverage leaves nearly 2.5 million children without the complete DTP vaccination schedule. Of them, 1.5 million are “zero doses”: they have not even received the first dose of that vaccine.

The more children are missed out, the easier it becomes for contagious pathogens to spread. Pockets of under and unimmunization communities can then lead to outbreaks.  While in 2013 only 5 cases of diphtheria were reported in the Region, this number has jumped to almost 900 cases in 2018, respectively, according to PAHO data. Measles sets higher alarms because it is caused by a highly contagious virus: in 2013 there were almost 500 cases; but in 2019, more than 23,000 people got the disease.

“As countries recover from the pandemic, immediate actions are needed to prevent coverage rates from further dropping, because the re-emergence of disease outbreaks poses a serious risk to all of society,” Gough said. “This is an opportunity to restructure primary health care and reinforce the comprehensive and community approach that bring vaccines to the most vulnerable populations. We cannot lose the efforts of past decades and let dangerous diseases threaten the lives of children.”

UNICEF calls on governments in Latin America and the Caribbean to urgently strengthen or re-establish routine immunization programmes, develop campaigns to increase vaccine confidence and implement plans to reach all children and adolescents and their families with vaccination services; especially to the most vulnerable who do not have access to health services, due to their geographic location, migratory status or ethnic identity.