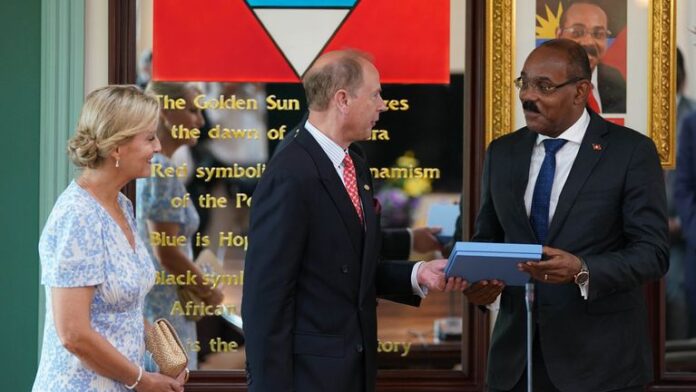 Blogger Lainey said: It’s true, it’s tradition for royals to gift people signed photos when they’re abroad…but it’s also been made quite clear during these times that certain “traditions” are what people are pushing back against. When people are protesting colonisation and the British royal family’s historic involvement in the slave trade, and these two, with their titles and their royalness, roll up with a photo of themselves, signed and wrapped, like it’s a thing to be treasured…

Of course the critics are going to say it’s tone-deaf, because it is!

So I go back to the royal handlers, the team that’s tasked with working on these details and putting together these “gifts”. Were they not paying attention a month ago? Did they not read the room when the walls of the room basically closed in on them? Are they actually listening when they claim to be listening? What is going on in the offices of the palace? How can these people who consistently make such terrible decisions keep getting the opportunity to keep making mistakes?!