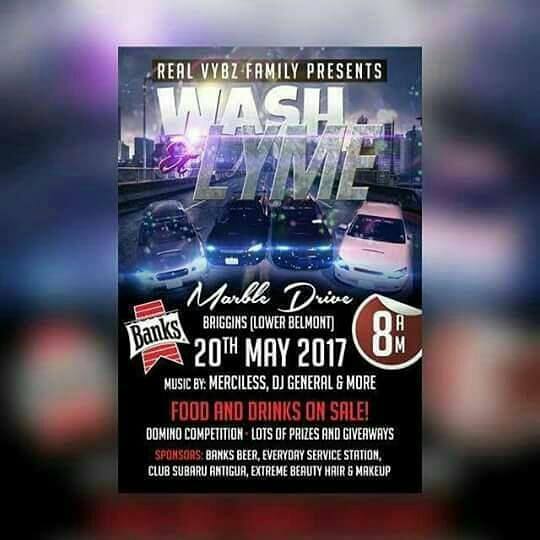 Friends, family and well-wishers have planned a “wash & lyme” event to raise funds for Anthony Barrett who was badly injured in an accident on April 30th, 2017.

The event by Real Vyes Family will include a “real tidy” car wash and Domino competition and wet t-shirt contest.

Food and drinks will also be sold at the event which takes place this Saturday from eight in the morning.

The group says proceeds will go towards Care Project and Barrett who is still receiving treatment at the Mount St. John’s Medical Centre.

Barrett was traveling in a car with his friend when the vehicle lost control and slammed into boulders on Factory Road.

Both occupants sustained injuries, however the driver, Joseph Gregoire, has since been released from hospital.