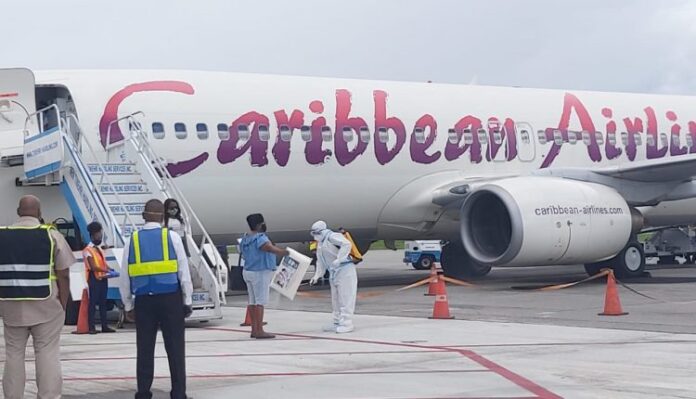 Jamaica has indicated plans to restrict travel from Trinidad and Tobago, which has recorded increased cases of the Brazilian variant of the virus.

Trinidad and Tobago’s Prime Minister Dr Keith Rowley told a news conference that he had been in discussions with his Jamaican counterpart regarding the situation.

Rowley told reporters that Prime Minister Andrew Holness had, during the discussions, paid him the “courtesy” of informing him on Sunday of the planned travel ban.

“Jamaica will put Trinidad and Tobago on a restriction list of countries from which persons cannot travel, largely because of our acknowledgement that we have the P1 virus [Brazilian variant] here,” Rowley said.

In the latest bulletin, Trinidad’s Ministry of Health said that five more people had died from the virus. It said that three were elderly men with comorbidities, one was a middle-aged man with no comorbidities. The ministry said it is awaiting information on the fifth. The total number of deaths from the virus is 179.

The ministry said that there are now 240 people in hospitals and that there have been 90 recovered community cases, while 10 people have been discharged from public health facilities.

There are 238 people in state quarantine facilities and 2,132 people in home self-isolation.

On Monday, Epidemiologist Dr Avery Hinds warned that if Trinidad and Tobago continued to record new COVID-19 infections at the current rate, the country could see upwards of 10,000 active cases by May 22.

Hinds said that based on an “alarming rate of cases”, there has been a 35 per cent positivity rate, and the country could see its parallel healthcare system reach maximum capacity in seven to 10 days.

The parallel health system has a maximum of 542 beds in seven hospitals across the country.

On average, 14 of every 100 COVID-positive patients currently require hospitalisation and according to Acting Principal Medical Officer at the Ministry of Health, Dr Maryam Abdool-Richards, the number of people discharged is approximately six out of every 100.

The government has since announced increased stricter measures to curb the spread of the virus, including discontinuing all retrial trade as well as  food service that includes “what you call street food selling”

The measures will remain in place until May 23.