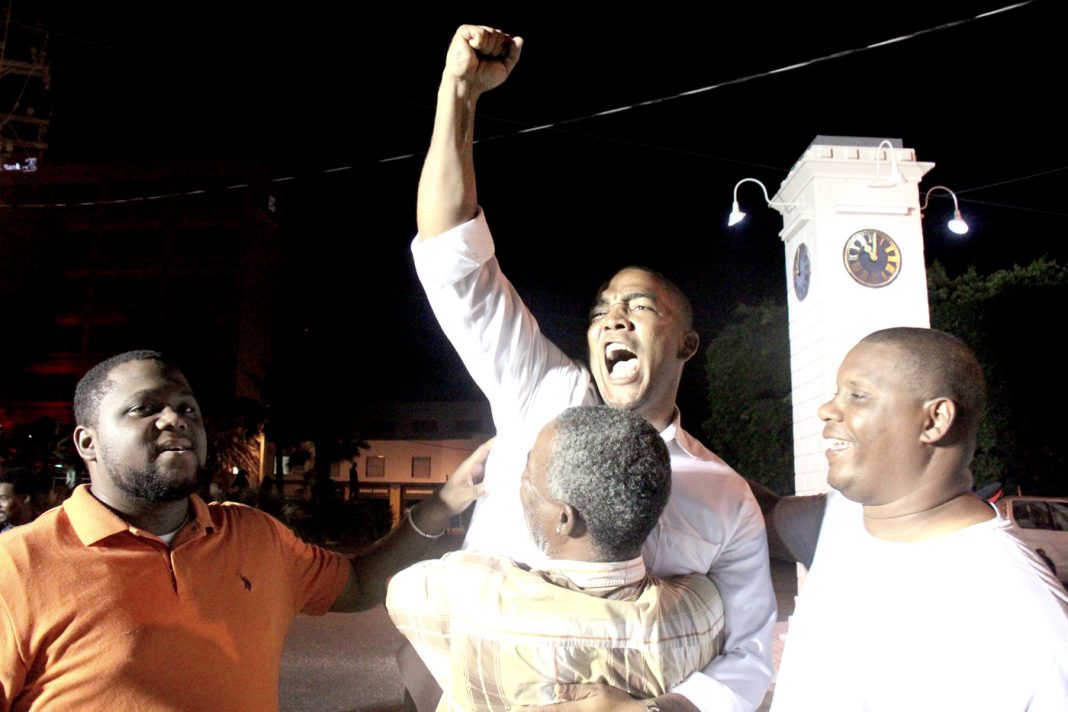 Former Premier McKeeva Bush was among victorious candidates in Wednesday’s general election but the outcome as to who will form the government remains unclear.

With all 19 seats counted – the tally was nine independents, seven from the incumbent People’s Progressive Movement (PPM) and three from the opposition Cayman Democratic Party (CDP).

The party to win at least 10 seats will form the next government.

“The people wanted change and they came out in numbers and they voted,” said Independent Kenneth Bryan late Wednesday.

Bryan pulled off the upset of the polls defeating the PPM’s candidate for Georgetown Central, Marco Archer.

The election results were a mixed bag for the PPM as the party suffered the critical loss of three sitting legislatures in George Town and Bodden Town.

Meanwhile,  Bush – who is also leader of the CDP blasted the new  “one man, one vote” system.

He attributed a low voter turnout to the  new system.

“I suspect there was a low turnout because there is a lot of dissatisfaction,” Bush told reporters. “People are not supportive of the system. I don’t think it worked well for our democracy.”