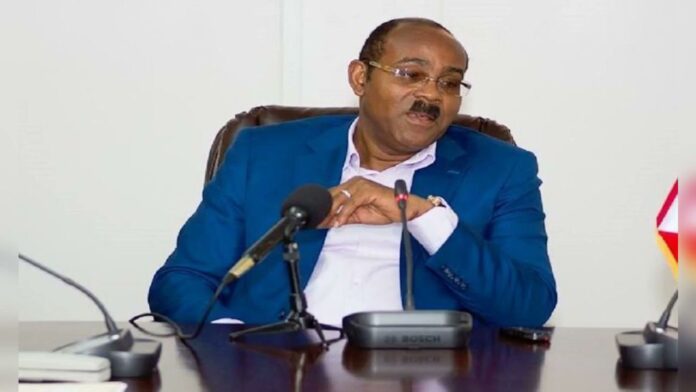 The Antigua & Barbuda government says it may suggest to some of creditors that they consider taking a haircut on outstanding debt, even while telegraphing confidence in meeting its financial obligations, including paying increased wages and outstanding arrears to public servants by the end of this year.

Prime Minister Gaston Browne said in a two-hour television interview that his administration was banking on receiving at least US$25 million from the Caribbean Development Bank, among other sources of funding, including a US$200 million bond, which is expected to be finalised within two weeks.

Browne said he hoped the CDB funding would become available within the next “30 to 60 days”, noting that a planned meeting of the board of the regional development bank had been delayed.

The financing for Antigua was expected to be on the agenda.

“So we expect that sometime this month or next month that they will have this board meeting. We have earmarked those funds for certain funding including giving public servants an increase,” he said.

Browne referenced an agreement reached in 2018 for an initial five per cent increase, but the final amount was to be negotiated later.

“I believe initially there was a proposal for seven per cent which was rejected by the various bargaining agents and we have asked our negotiating teams to increase the amount,” said Brown.

“So I am hoping that within the upcoming weeks they will come to some agreement and we will have a formal proposal before the Cabinet which we stand ready to accept.”

The government wants to have the agreement in place to pay the increase, including retroactive salaries, before December 31.

Browne also said that in pursuing other initiatives to fund socio-economic projects, his government has floated a US$200 million bond.

“You would recognise that we have not recovered the full revenue, we are still about maybe 10 per cent below 2019 levels, so we have to borrow to fund the expenses,” he said.

“As you know we would have floated a bond earlier in the year, a US$200 million bond,” he said on Sunday.

“Unfortunately the initial subscriber did not offer a good deal. So it was just last week that we were able to get them to transfer the bond to another entity and I believe next week we will sign off on this bond on the basis that all goes well, funds should start to flow from that bond probably within the next 14 days.”

Browne expects to net about US$160 million from the proceeds, and that the funds would flow to Antigua over a period of 60 days.

The original bond was priced to yield 10 per cent, but the current one would yield more than that, and could amount to at least US$8 million more in interest payments, he said.

“On the basis of that coming through, clearly we will have the type of funding in order to pay the back pay and to cover other expenses. We know for example that our creditors, those who provide services to the government … many of them have arrears and we want to make sure we make some substantial payments.”

Browne added that for some creditors, the suggestion was “that they take a haircut and then we pay off the balance”, adding, “we want to make a significant dent in the outstanding payables so that we can have more monies in the economy and even to fuel more robust growth”.

The Antigua economy is forecast to grow by 7.5 per cent next year.

“When you look at the plethora of projects coming on stream and the fact that the public sector itself will be poised for spending more money within the domestic economy, then it means we should be in a position to even exceed that seven-and-a-half per cent,” the PM said.

The interview was conducted on state-owned media ABS.